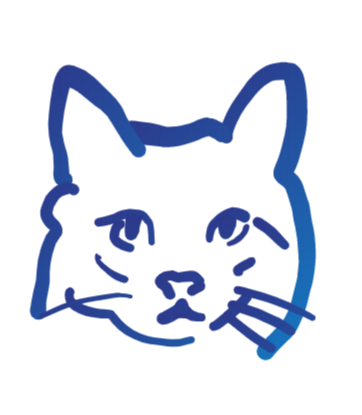 Active: Scottish Folds are moderately active cats. They enjoy games and playing with toys, but they also love to cuddle up to their companions and lounge the day away.

Size: The Scottish Fold is a medium cat, ranging in size: Males from 8 to 13 pounds and Females from 6 to 10 lbs.

Characteristics: You cannot miss the distinct look of the Scottish Fold and their adorable folded over ears. You may think they all have the same folded ear look, but the range of fold can actually vary quite a bit. The ears fold forward and downward and they are actually born with normal looking ears that bend down up to 30 days of age. They can range from a single fold (bent somewhat upward), to a double fold (somewhat tighter and closer to the head), to a triple fold (bent so far forward they lie completely flat to the head). They are a medium size, round cat with a round head and large, round eyes. Their eyes practically beg for love and affection, but they will not need to beg, you will want to lavish it with them.

Temperament: It is impossible not to love the Scottish Fold cat. Not only is it incredibly adorable, but it is sweet, affectionate and loving. They are very adaptable and do well in almost any home. They do tend to bond with one family member over others, but will happily play with almost anyone. They are intelligent, clever and love to play games. Scottish Folds can play fetch, open cabinets and enjoy playing with toys. You may find your Scottish Fold sitting in a number of silly and entertaining ways. They can lay flat and sprawl out on their bellies, sit up like a human, or lie on their backs with their paws in the air.

Care: It is important to comb the Scottish Fold at least once a week. Longhaired Folds will need to be groomed at least twice a week. They do not require any special diet.

Origin: The history of the Scottish Fold cat breed begins with a simple barn cat name Susie. In 1961, shepherd William Ross found Susie on the McRae farm in Scotland and immediately noticed she was a cat with a unique appearance. Susie was a white cat with distinctly folded ears. Ross had an interest in cats and later acquired one of Susie’s kittens with the same folded ears named Snooks. William Ross and his wife Mary were eager to start a breeding program and were encouraged to do so by Scottish genetics Peter Dyte. Snooks then went on to have a litter of her kittens with a red tabby male of unknown breeding. One kitten in the litter, Snowball, had the same intriguing folded ears. Snowball was then mated with a British Shorthair (Lady May) and they produced a litter that had five folded ear kittens. Snook was then mated to a blue British Shorthair (Ryland’s Regal Gent) and produced another litter and two of the litters had the same folded ears. These cats and kittens would become the foundation of the new breed of Scottish Fold cats. Whatever gene was creating the unique folded ear appearance, was clearly dominant and now the Ross’ had a clear direction for how to progress the breed.

Today, every Scottish Fold cat can trace their ancestry to that same barn cat named Susie. For a short time, the breed was called Lops (in reference to their ears) but was later changed to Scottish Fold to give it the distinguished name it has today. As intriguing an appearance as the Scottish Fold has, it took some time to gain worldwide acceptance as a breed. The GCCF (Governing Council of the Cat Fancy) granted registration status in 1966 but concerns were soon raised among fanciers, that there could be health issues associated with the defining folded ears. Once it was realized that these concerns had no grounds, the breed quickly became a fancier favorite.

Surprisingly, the Scottish Folds would find their greatest level of acceptance and admiration in North America. Breeders quickly took interest in the fascinating cats and Salle Wolf Peters was one of the breeders who played a major role in promoting and advancing the breed. Soon, the Scottish Fold breed was finally granted the recognition it deserved as a unique and exciting breed. The CFA accepted Scottish Folds for registration in 1973 and was granted championship status in 1978. And then, acceptance of the Scottish Fold snowballed and soon, all major associations accepted the

What to feed the kittens?

Please Open–> What to feed the Kittens Document Link

What is the difference between kitten's hair lengths?

There are shorthair, medium longhair and longhair. Shorthair can be also differ between how short it is. This can be seen visually or by feeling.

Do the kittens come with health guarantees?

Everything related to Health Guarantee is listed in our Contract.

Do kittens come with any certificates, immunizations, etc.?

If anyone request 100% pedigree (breed) document, there is $1,000 additional fee. Let us know in advance, before picking up your kitten, or after purchase.

Can I come and see the kitten/pick up?

Yes, of course. You can always come and see the kittens and pay/pickup. If you are unable to, I can also Face time the kittens to you.

How early I can pick up the kittens?

Does the kitten come neutered?

No, the kitten will not come neutered as they will be young to do so. We do recommend neutering them, 7 months or older. We are not responsible for any personal expenses/vet fees.

Is the deposit refundable?

Can the kitten be shipped?

No, we don’t ship or deliver our kittens, because of COVID-19 and stressful environment for kittens, and they’re too young to handle shock during delivery. They don’t like to change their environment.

Reason: We’re not responsible for delivery miscarriage during shipping process.

Therefore, when you pick up your kitten, have a travel cage with you, supplied with water and some food. Kitten will feel comfortable when you personally pick them up.

How can I pay or reserve?

Portland Scottish Fold Kittens © Since 2017 All Rights are Reserved